There’s a new murder mystery author in town and I’m happy to be one of the first to introduce him to the reading world. Ron Wick began writing for others as a ten year old when his parents gave him a small rotary printing press with handset rubber type. Maybe not as old as this puppy…

…but not a new Mac computer either. It was good enough to allow him to “publish” The Golden Nugget News where he wrote about the latest neighborhood happenings for the next two years. I wonder if he had neighbors to write about like John and Ada Gillespie, who lived next door to my Dad and who let him, as a five year old, “drive” their draft horses,

Bob and Dick,  while they moved steadily back and forth pulling a rope to haul hay up to the upper reaches of their barn.

But I digress as that’s a story for another time…

As Ron moved through life, he  progressed from a ten year old journalist to being a teacher and administrator in Snohomish County, Washington where he influenced the younger generations for 30 years. As an educator he also worked with police and court authorities involving many criminal issues, ranging from juvenile delinquencies to suspected pedophiles. Also during his teaching tenure, he co-authored a  collection of high contrast photographs and poetry centered on motorcycling which was published by Ellis Robinson Publishing.  He is dedicated to improving the quality of life for all humanity and will donate 10% of his royalties from his new book, Gold Coast Murder, to Lions Clubs International Foundation, the charitable arm of the association of which he has been a member and officer for 35 years.

And now, let’s learn a little more about Ron, straight from the horses mouth, so to speak…

Do you know that milk used to come in bottles?  I remember those in my youth.  When I was 5 years old a broken bottle of milk changed my life and taught a lesson in helping others, something I believe in and have done my entire life.

Dad and I were walking to the neighborhood grocery store, Mrs. Wickstrom’s, in Ballard.  Another boy about my age was coming out the door with a bottle of milk in a paper bag.  The bottom of the bag gave way, the bottle of milk hit the sidewalk, glass and milk went everywhere.

The boy jumped then began to cry.  My dad went to him and asked if he was hurt.

“Come with us,” dad said patting him on the head.  “It’ll be alright.”

We went into the store.  Dad got another bottle of milk for the boy and paid for it.  Mrs. Wickstrom put it in double-bags and showed him how to carry it with one hand under the bottle.

“Thank you, mister he said going out the door and still trembling as he passed the man cleaning up the glass.

My dad was a commercial fisherman, halibut in the Gulf of Alaska.  He always described the money he made as “…chicken today, feathers tomorrow.”  That day we were in the “feathers” stage.  Dad bought the milk and loaf of bread we came for.  We didn’t get the ice cream.

That day I learned from example.  Dad’s only comment was, “Sometimes you’ve got to help people.  Sometimes others might help you.”

I didn’t know about kids getting beaten.  I didn’t know some strangers would help you just because they could.  What began that day carried into my life of writing, teaching, and serving my community through my  35 years as a member of the Lions Clubs International.  My writing today reflects the observations and themes that began to form when I was a 10 year old writing and printing a neighborhood newspaper.  Those themes and passions are shaped by life experiences, some wonderful and some brutal.

When I retired in 1997 I began expanding my love for poetry and short stories.  The creation of the Santiago Mystery Series provided a vehicle to share fictional stories around fictional characters built around real life themes.

When the body of a young black woman is found in a bathtub at the Avenue Hotel in Seattle’s University District the victim is unidentified. The crime scene yields little evidence beyond a blue banquet ticket to a teacher conference from the night before, a possible semen sample on the bed sheets, bruising on the victim’s neck, and the torn tissue of her earlobes. The specifics of the crime are withheld from the media. The desk clerk identifies the room renter as John Smith; large, early thirties, married, wearing a big southwestern watch on the left wrist, and Caucasian.

Homicide detective Michelle “Mitch” Santiago is young, smart, sassy and sexy. She is a twenty-eight year old University of Washington graduate, Police Academy graduate; and member of the Seattle Police Department for four years including two on homicide. She is on the fast track to advancement; a gifted but independent investigator. Santiago and partner Chance Stewart are assigned the case. As the investigation proceeds Santiago is forced to deal with personal issues and a lifestyle that parallels the victim’s.

Santiago and Stewart focus on four persons of interest. Jack Hartley, Superintendent of Gold Coast Academy, has known Hailey for years going back to their days in the Las Vegas skin industry. They are close and he has a unique and distant relationship with his wife. Moses Cruz is an infatuated student athlete stalker, a jealous and confused teenager. Terry Shaw is the angry gay artist neighbor who loves Hailey like a naughty sister, reported her missing, and tries to manipulate the investigation. Trevor Gunn is the mystery man in her life, known of by all her colleagues but not by name; a man with an alcoholic wife, two sons and unable to earn tenure at any of three community colleges where he has taught.

The investigation leads Santiago and Stewart back to the hobo killing, linking one of the suspects to both murders. The suspect runs. He’s traced to Port Angeles, Washington. Did he take the ferry to Victoria, British Columbia or go into hiding? Santiago discovers he once had a relative living in Forks. He is traced to La Push. The motel is staked out. .

When found the suspect is battered and bruised after meeting the enraged brother of a local Native American woman he had attempted to seduce. He is confused and disoriented as he fluctuates back and forth contemplating escape, starting over, suicide and murder. All the key players are present. At the close Santiago moves closer to resolving the personal issues revolving around her background as a stripper while in college, sexual harassment within the squad room, and whether to remain with SPD. 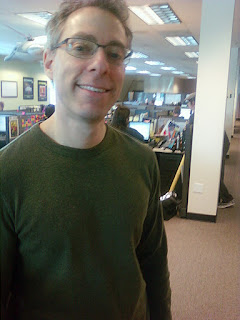 The eBook Buzz from BookBaby’s View

I’d like to welcome guest author, Jennifer Fulford, to my blog today. Her interview with Brian Felson, president of BookBaby, has some great insights concerning the self-pubishing business.

Anonymous -Rookie Cop Vs. A Veteran

A Rookie loses his lunch at a homicide scene.

A Veteran eats his lunch at a homicide scene.

A Rookie uses McDonald’s drive thru so he won’t miss a call.

You can’t read a Rookies name plate because it’s polished so brightly.

A Veteran doesn’t wear one for liability reasons.

A Rookie puts too much in reports.

A Veteran makes the rookie do foot pursuits.

A Rookie is given 40 hours training on communications at the academy.

A Veteran was given 40 rounds of ammunition when he left the academy.

A Rookie wants everyone to know he is a cop.

A Veteran doesn’t want anyone to know he is a cop.

A Veteran doesn’t care about stolen vehicles unless someone is in them.

A Rookie can spot an expired tag at 50 yards.

A Veteran can’t spot anything at 50 yards.

A Rookie spends 2 hours on a follow-up.

A Veteran gives the follow-up to detectives.

A Rookie thinks every death is a homicide.

A Veteran thinks every death is a suicide.

A Rookie calls the brass by their rank.

A Veteran calls the brass by their first name.

A Rookie carries a laptop computer.

A Veteran writes on his hand.

A Rookie checks out deserted spots in hope of finding a drug deal in progress.

An Interview with Harvey Stanbrough

Harvey Stanbrough’s poetry has been nominated for the Pushcart Prize, The National Book Award, and the Inscriptions Magazine Engraver’s Award.  He’s also one heck of a great editor.  If you’re interested, visit his website, www.stonethread.com

What is your biggest pet peeve when editing?
Having to convince writers that someone else’s advice was bad. For example, some writing instructors tell writers to delete all instances of “had” from their writing, or to delete all “ing words” (gerunds) because they create passive voice. The truth is, past progressive and past participle are necessary in fiction. There are a lot of bad writing instructors out there passing out bogus information, and a lot of them are in college and university programs.

2.   How many times should an author self edit a book before sending it to an editor?
The author should at least put it away for awhile, at least a week or two, and then re-read it with fresh eyes. Make any changes that jump out at you, then send it to an editor. I strongly recommend against writing by committee. You can employ readers to give you recommendations, but consider those recommendations and then apply the ones that you believe help the work and discard the rest. If you change the character, story, etc. each time someone says you should (especially if that someone is not a professional writer or editor), you’ll never get your work published.

3.   Could you discuss your “leave the lady in the shower” technique?
Author C. J. Cherryh once said to avoid writers’ block, leave your character in the shower when you stop writing for the day. When you come back to writing, you’ll have to write the character out of the shower before you can do anything else, and that will get you back in the flow of your WIP.

4.   If you could give writers only one suggestion, what would it be?
If any writing instructor (myself included) tells you something that he or she can’t explain to your satisfaction, don’t listen. For example, the writing instructor who says “show, don’t tell.” When a student asks what that means, the instructor says something like “Well, I can’t explain it but I know it when I see it.” No, he doesn’t. If he knew it when he saw it, he could explain it. And if I were invited to give writers a second suggestion, it would be this:  Don’t allow your narrator to use the physical or emotional sense verbs (saw, could see; heard, could hear; etc). Instead, have the narrator describe the scene; then the reader can experience it right along with the character. The narrator’s only task is to describe the scene, period. This is also called “deep point of view (POV).”